What Evil File-traders Think about the Virtuous RIAA

Last week, I mentioned the survey from P2Pnet.net, that AllofMP3.com was promoting on their homepage. Well the good folks at P2Pnet have released some initial data and say they will release the entire data-set on Monday. So far they have over 750 respondents and what looks like some really good directional information on the thinking of at least a segment of the file sharing community. Watch for the full data, including answers to open-ended questions, to go live later this week and I’ll try to keep track of anyone that crunches the numbers and makes interesting connections.

Albums are dead, the price of music going to zero and other good news

So this week is turning out to be another pretty bad PR week for the old music biz but healthy signs for the evolution of the industry overall. From the NYT and USAT to lawmakers and academics everyone appears ready to call the traditional music business dead! Sure, folks on the net have been talking about the death of the traditional music industry for years but this week the New York Times finally decided to join the party.

NYT reporter Jeff Leeds wrote an article entitled, “The Album, a Commodity in Disfavor” this past Monday that basically highlights the death of the CD format. USA Today blogger Angela Gunn posted a pointer to a story about the RIAA’s attempt to drag a 10 year old girl into court. Meanwhile the Consumerist is running a story about the University of Nebraska’s efforts to bill the RIAA for every copyright complaint sent to the school. Basically the university says it cost them $11 bucks to process each letter and that since they arent agents of the RIAA they need to get paid for doing it. Unfortunately they didnt back up the bill with say a threat not to snitch on their students or spend tax-payers money doing the RIAA’s work for it. Another bit of news coming out of the UK in the form of a research paper written by Will Page of MCPS-PRS, the UK’s version of ASCAP. The paper entitled “Is the price of recorded music heading towards zero?” basically reinforces the notion that music is becoming little more the a commodity. The value in the music business in the future will be in the services that surround the music and the music itself not the format in which its delivered.

The Two Sides of NIN 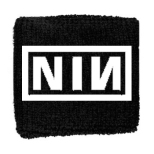 At this weeks VON 07 conference I was accosted by a fanatic passionate Canuck Podcaster. He regaled me with tales of the Internet’s future and helpfully suggested I spend more time online; so I could better understand online communities and the changes they are likely to have on big media.

One of the many points he made was how NIN was using the Internet and specifically Last.fm to engage theirs fans. He spoke about it in such loving and rapt tones that I thought for sure that Trent and team had jumped from their label and were now doing things on their own. No such luck. Janko Roettgers over at the put up a post today highlighting just how well the labels can screw-up anything dealing with the Internet. The short story, a German fan participating in the NIN ARG (started by NIN’s label) got shakendown for $675 by NIN’s German label reps. Thats right he got sued by NIN label reps for participating in a game started by NIN’s label. After a few months and lots of pressure from the blogosphere the label woke up, ate crow, apologized and made good.

This struck me as such an apt example, especially after the WSJ article today, of how dysfunctional the labels are and how difficult it is to manage the diametrically opposed goals of control and engagement.

RIAA to America: You’re All Guilty! So Pay Up. 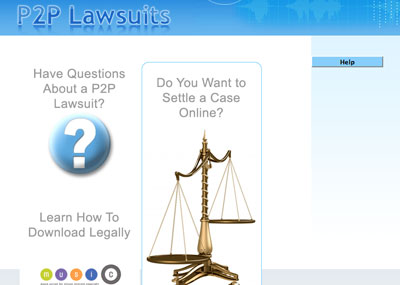 Tasked with rescuing the major labels from it’s very public death spiral, the Recording Industry Ass. of America has struck on a novel idea. Sue Everyone! Not just old ladies and children but everyone in the US. While you might think it’s a joke, its not. As a first step in their plan to sue everyone in the US the Recording Industry Ass. of America has launched a website where anyone that has received one of their “We’re gonna sue you” letters can go and settle-up.

END_OF_DOCUMENT_TOKEN_TO_BE_REPLACED

Piracy has No Impact on CD Sales says Report

A central tenet of the RIAA/IFPI terror campaign against file downloading has been that file downloading causes the industry to loose billion of dollars a year. This point is hotly debated by many who point out that downloading is more like sampling then buying and has probably resulted in net growth for the industry. However, the myopic, luddite brain-dead response of the music industry has been to ignore the mounting evidence of the negligible impact of file-sharing on music sales. Instead they prefer to sue old ladies and children and further poison their relationship with their customers.

Needless to say these arent the brightest folks in business. Fortunately, our good friends in the Ivory covered halls of academia have been busy crunching numbers and running models to see just what is what. Well the latest in a string of reports from some well lettered individuals is in and the numbers show that file-sharing is likely to have negatively impacted just .7% of CD sales. Ars Technica has the full story and its not good for the labels. You cant argue with science man.

Some of the previous research (Price and Piracy, Piracy and Sales, SSRN articles)

“Were winning” they say! I’d have to agree.
Our favorite swashbuckling buccaneers over at the Pirate Bay have done it again. These guys have all the swagger, ambition and balls that their name implies. Its not enough that they want to buy an island to freely distribute the digital goodness we all crave, or that they continually embarrass and poke fun at the luddite content industries, now the merry bandits have started a new site dedicated to the Oscars. Aptly named the OscarTorrents the site has helpfully organized torrents of movies that have been nominated for Oscars in all 24 Oscars categories.

END_OF_DOCUMENT_TOKEN_TO_BE_REPLACED

How The Pirate Bay could save AllofMP3 and go Legit

The swash-buckling lads at the The Pirate Bay have started taking donations to buy a bankrupt, burnt-out, rusting hull in the North Sea off the coast of Britain called Sealand. The sheer audaciousness of the move is matched only by the opportunities it presents for the development and proliferation of new models in the sale and distribution of digital media, unfettered by the protectionist inclinations of dying industries. If the good folks at the Pirate Bay expand their plan and get the cash rich but time poor AllofMP3 involved it could usher in a new era of big media hand-wringing and headline worthy law suits.