The Project for Excellence in Journalism released its encyclopedic omnibus study of news coverage across media in 2007. The study is a huge amalgam of information about the state of the news media and its future prospects, with 13 chapters covering everything from ethnic to online news. I continue to wade through the volumes of information offered by the PEJ report, but the exec summary helpfully offers these somewhat counter-intuitive trends:

Based on these trends the builders of online news sites, be they ethnic centered blogs or major corporate affairs, can no longer build their model on the hope of simply informing users. Information is a commodity and the evolution of news must be away from generic information and towards a service which leverages information in some meaningful way. Creating a service, something that users care about , is not easy to do and is based on a skill set not native to newsrooms.

Trendwatching: Eco-fatigue, Gen Z and Pet-Passe the future of marketing!

As someone who watches for trends in technology one of the many sites I frequent is Trendwatching.com. They offer a bevy of free research reports on global Trends with pithy insightful commentary and links. If your not getting their free reports or buying the paid stuff, then your missing out. Their most recent Trend Briefing is by far the best I’ve read so far. They pulled out all the stops for this, their 5th anniversary issue, covering 5 of the hottest trends that are happening right now.

END_OF_DOCUMENT_TOKEN_TO_BE_REPLACED

Research Tuesday: Research from around the web

Ladies Love Drunk Texting
Ever gotten a drunk text at 3am from a former girlfriend, proclaiming her undying love and mounting desire for you? Maybe this just happens to me… Well, thanks to a new survey put out by Samsung we now have some fun research on these women. Yup folks, the technocrats at Samsung have put out a pretty funny research report outlining some of the cell usage behaviors of single women. The title is a good indication of the rest of the report: “Single Mobile Females Find New BFF: Their Cell Phone“. It’s a funny fast read lite on details with blog worthy data pulls like 40% of women experience “text shame” the morning after texting while inebriated.

END_OF_DOCUMENT_TOKEN_TO_BE_REPLACED

The New York Times finds new ways to say the record labels are dead: With the hyperbolic headline “Plunge in CD Sales Shakes Up Big Labels” the NYT outlines the approved list symptoms contributing the labels demise but steadfastly avoids stating any causes.

The software police at the BSA put out a report claiming that “illegal downloading” by 8 – 18 year olds was down 24% over the past 3 years. File this report under official sounding pseudo-science and take it out whenever you need to fertilize your garden. Of the many explanations for the results reported in the survey, my favorite is that with all the lawsuits and media coverage 8-18 year olds have learned how to best respond to online surveys.

The good folks at Big in Japan have stepped in to help everyone who has fallen for Twitter, Jott, Jaiku and WordPress. They created a mashup called Egorcast that allows you to post to all four of these services at once.  Much like Onlywire does for social bookmarking sites, Egorcast is one site to control all your random musings.

Good news: Today Joost announced they raised $45 million bucks with power VC firm’s from around the globe and a YouTube hating media giant. The deal brings together Index Ventures of the EU, Sequoia Capital of Silicon Valley fame, and the Li Ka-shing foundation run by Hong Kong based billionaire, Li Ka-shing. The international focus of the money flowing into the coffers of Joost is telling as is the participation of the GooTube hating crew at Viacom. The real shocker isnt that Joost got a butt load of money, its that with all the MBA’s, consultants, researchers, futurist and pundits, that are employed by the media companies only Viacom was smart or savvy enough to get in on the deal.

END_OF_DOCUMENT_TOKEN_TO_BE_REPLACED

A Tale from a New Generation 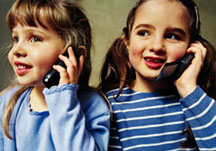 I was playing with my 5 year-old niece the other day as she prepared for a busy day of frolicking and fun. As adults often do to kids I decided to give her one of those slightly condescending quizzes testing her basic knowledge of things like where she lived etc…

“Whats your mothers name?” I asked. She gave me a bored look and answered with her mothers full name, her fathers full name and threw in her full name for good measure. “Whats your phone number?” I continue, oblivious to her growing annoyance at being treated like a 4 year old. This one got her, she thinks for a bit and then mumbles “four… five… nine…” the right numbers were coming out but in the wrong order and she was getting frustrated. So rather then push it I changed the question and ask “Whats your address?” Her eyes beam, she knows this one and is gonna redeem herself, she blurts out with a knowing pride “shymonster@hidden.com” .

END_OF_DOCUMENT_TOKEN_TO_BE_REPLACED

Here are some interesting stats put out last month by the good folks at the University of Oxford. The survey is based on 1,369 respondents who where interested in the University of Oxford’s online and distance learning courses, but got sucked into taking a survey instead. The results may skew a bit techy and there are some other minor issues with the survey but who cares, its great fodder for though and speculation. Its a very good report which confirms some stuff I believed (people love Wikipedia) and challenged others things (only a fraction of people contribute content). Check out the TALL blog for the full report and some commentary by the author of the survey.